Media is blowing up with news, controversy and opinions on Caitlyn/Bruce Jenner and the Duggar family.  Arguments and accusations fly back and forth.  Christians are accused of hiding truth, of being judgmental.   Some Christians are appalled and angry at the situation and the generalizations of Christians as unkind and unloving; other Christians cry that America is worse than Sodom and Gomorrah.  It can be difficult to know how to respond amidst the confusion.

David, the great King of Israel, was able to achieve his many battle victories because of God’s blessing and his faithful followers; his Mighty Men.  1 Chronicles 12 describes the Mighty Men as men who were:

Two groups of men in particular capture my attention:

Oh God, I pray that you would make me like the Sons of Issachar, a woman who understands the times in which I live. Help me to know when to speak and when to stay silent.  Help me to know how to respond;  that my words would be seasoned with salt and useful to those who hear them.  That I would not hesitate to speak truth from Your Word and that I would be a grace-extender in accordance with the great grace I have received.

Oh God, help me to be like the men of Zebulun, that my heart would be totally dedicated to following You as these men followed David.  Help Your church to be unified in purpose; to know You and to make You known.

7 thoughts on “Men of Issachar”

I don’t ride roller coasters, too many twists, turns and sudden drops so why did God give me this wild roller coaster life? One reason is to expose the true condition of my heart. So, if you would like to share my heart’s adventures on God’s exciting roller coaster, “Fasten your seatbelts, it’s going to be a bumpy night.” 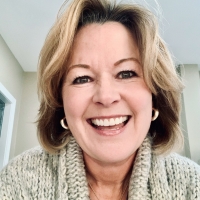 Writings From The Heart

Stubbing My Toe on Grace

Where God Speaks and Creation Listens

Inspired by my God and Savior - Jesus Christ!

The Milk of the Word

First Principles of the Doctrine of Christ

God's Word for Your Life Today!

I'm Not The Messiah

With God we will gain the victory, and he will trample our enemies. Psalms 109:13

Where we love dogs, read books, and talk Kentucky politics.

chillyfever92.wordpress.com/
Derek Maul: Words, Photographs, and Food for the Journey